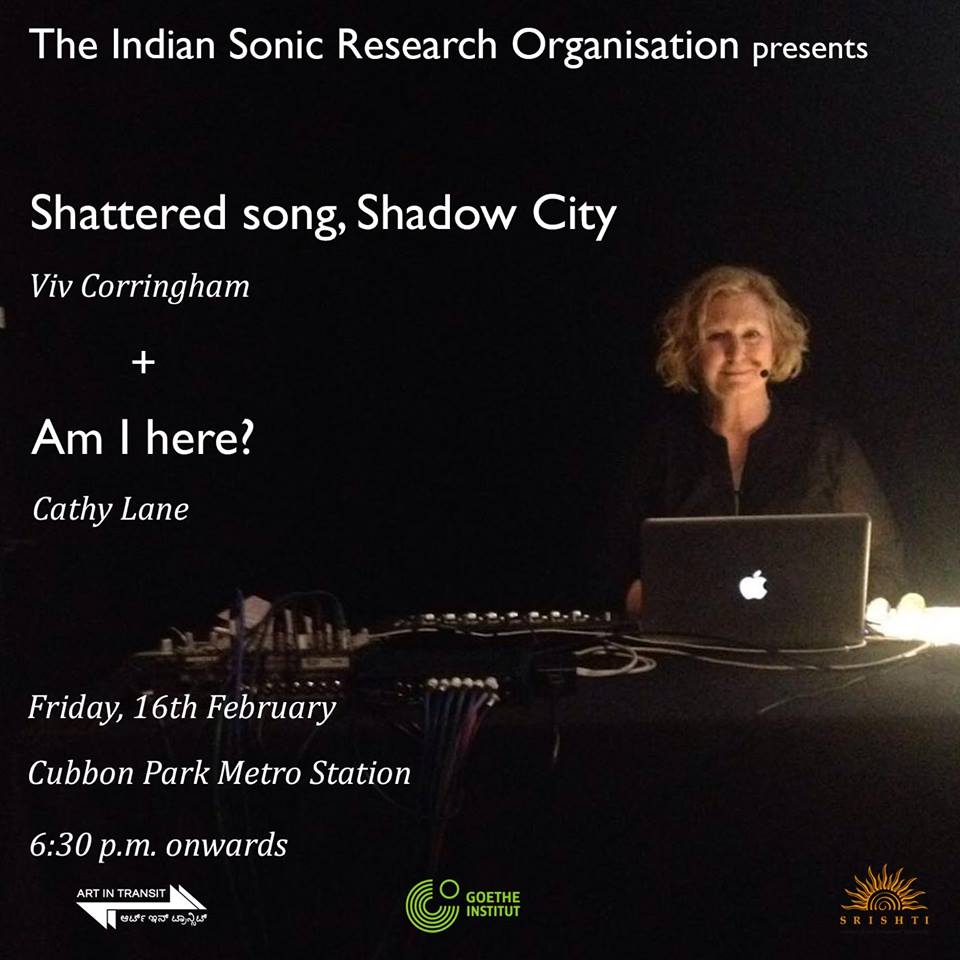 Live performances by Cathy Lane and Viv Corringham as Artists in Residence at The Indian Sonic Research Organisation.

A playful exploration of how the concept of ‘Be Here Now’ translates to recorded sound. The work takes the listener on a journey through time and space – from sounds of the stone carvers of Mamallapuram, the Bangalore laundry ghats and the temple of Madurai in South India through the glacial lagoons of Iceland to birdsong in a domestic garden in inner London stopping off in Chile, Italy, Norway and Scotland along the way. Read more.

Shattered Song, Shadow City is a new work for solo vocalist performing live with a six channel setup. The singing voice interweaves through fragmented stories and soundscapes from five countries. It uses words of displaced people and aims to create a sense of dislocation in the audience too. Read more.