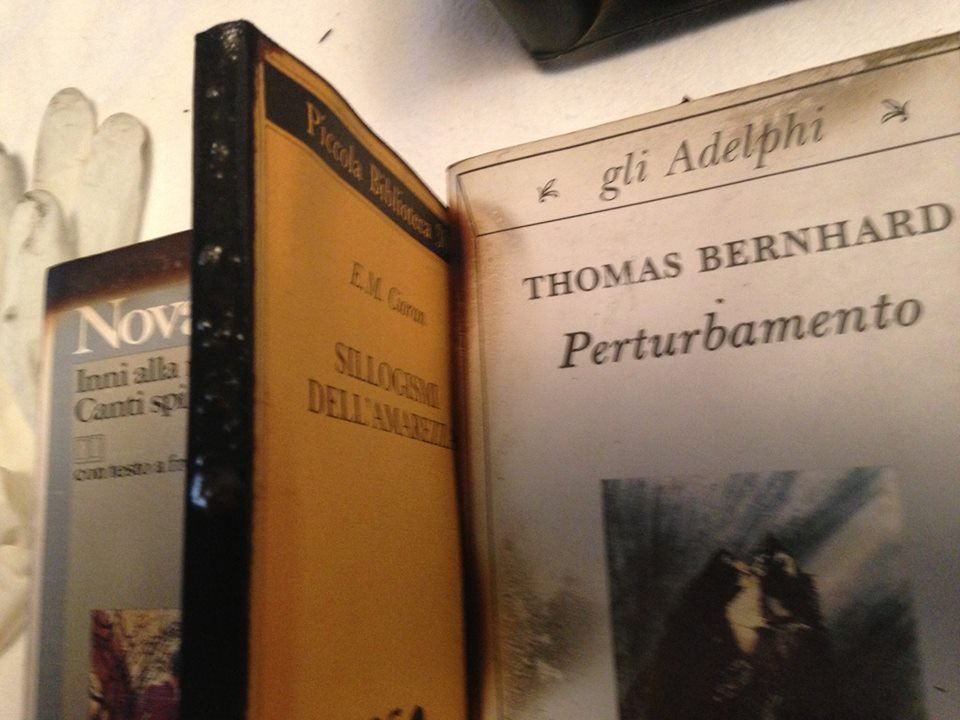 Louis Armand & David Vichnar will introduce the press and the book. Readings will be performed by Daniela Cascella, David Toop, CD Rose, and James Wilkes.

Muted voice-transmissions, after the fire

Daniela Cascella’s Singed starts not with creation, but destruction – a library ravaged by fire. What of the singed debris can be salvaged? Which of the disfigured inkblots deciphered? How much will be remembered? Re-written, re-invented, re-imagined? Singed, only to sing again?

The condition of instability permeating Cascella’s project is already conveyed by the book’s title, Singed, at once a reference to burning/singeing and a mistaken past form of “to sing.” The title thus posits writing as located at the interference of a burning and a singing, unmaking and making meaning. Writing, not foreknown or guaranteed, can here only be enchanted through rhythmic events.

Singed performs a transmission of knowledge in a condition of instability across languages, media and cultures. The text attempts a multilingual type of writing, not “in translation,” but in “trance-lation”: between languages, ceaselessly trancelating words, rhythms and silences in a state of otherness in motion. In Singed, Cascella presents memory as sonically associative, meditating on how to undertake writing vis-à-vis silence.