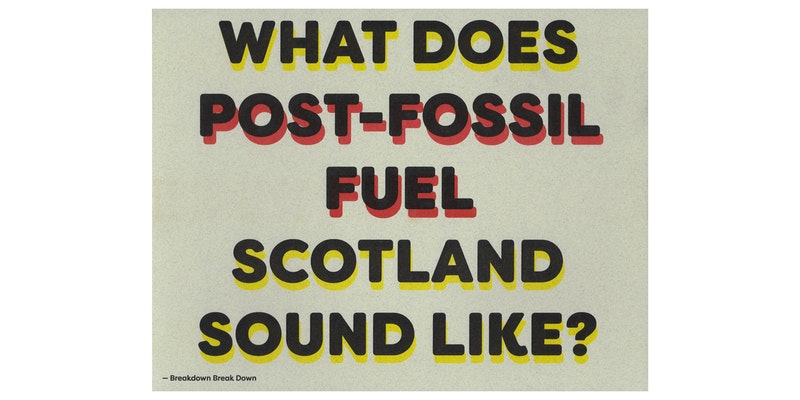 Edge Effects maps out artistic processes developed in response to seven international residency sites across Europe through Frontiers in Retreat and brings them together with wider artists practices to ask: What multiple forms of knowledge, discourse, and models of action would construct a viable future for humans and other forms of life? What kinds of boundaries should be dismantled, so that change in the direction of an ecologically sustainable future could be possible?

Included in the programme;

This intensive Deep Listening workshop invites participants to imagine and immerse themselves into a post fossil fuel Scotland. Over two days you will undertake a range of sonic meditations, body energy exercises and dream work, in order to awaken unexpected connections between creatures, the environment and ourselves.

Deep Listening is a practice and philosophy developed by the composer Pauline Oliveros that is informed by expanding the range of audible forms beyond ordinary sound perceptions in daily life. The practice of Deep Listening is intended to heighten awareness of sound, silence and sounding.

Read the full programme of events at Frontiers in Retreat: Edge Effects and about the worksop Edge Effects: Breakdown Break Down.