Points of Listening #17 with Ernst Karel 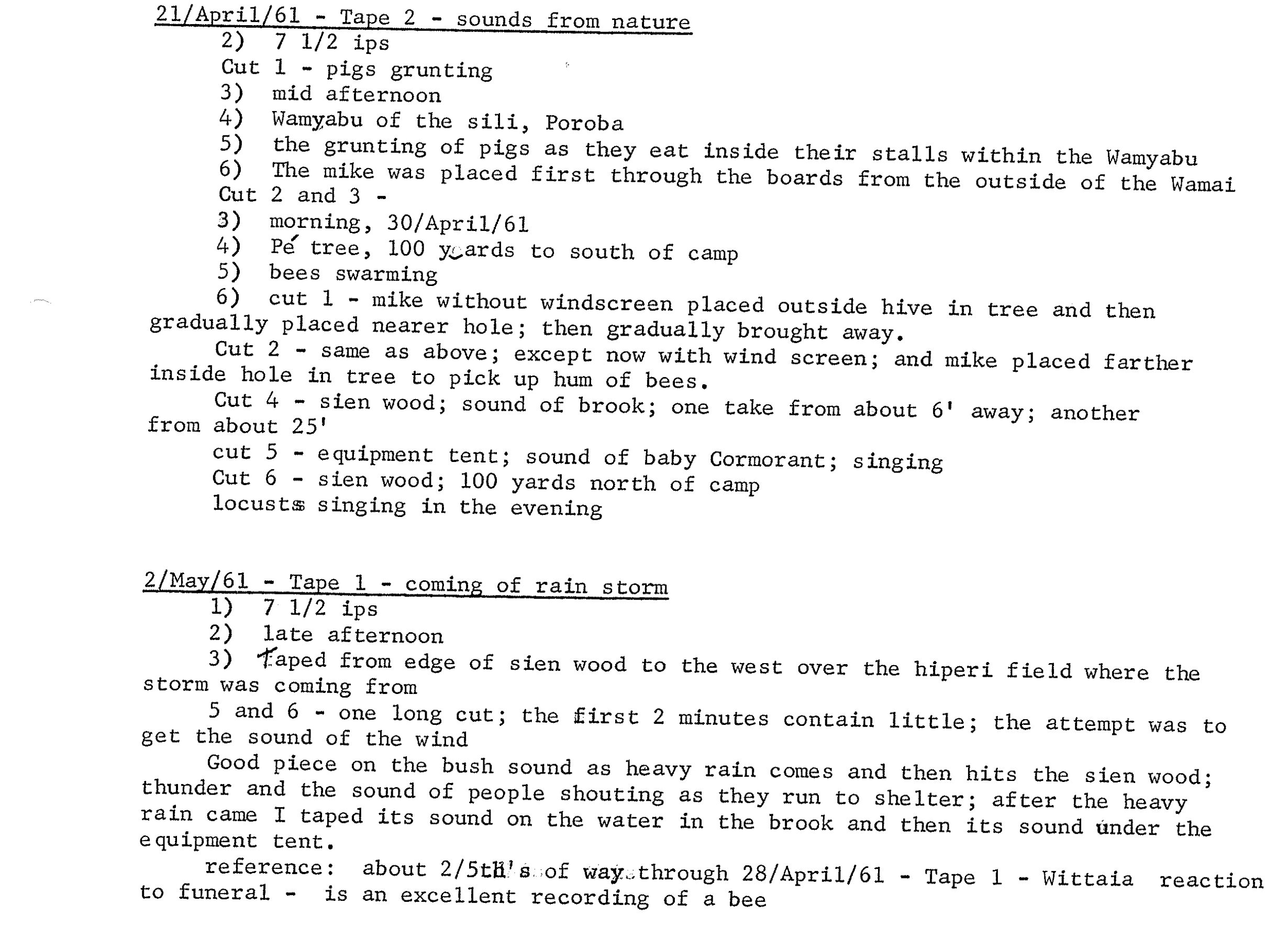 “For this session, I will present and discuss selections from a remarkable body of sound recordings, made in 1961 in what was then Netherlands New Guinea as part of the Harvard Peabody Expedition. Organized by filmmaker Robert Gardner and conceived as a fully multimedia investigation of the so-called ‘stone age’ culture of the Dani of the Baliem Valley, the expedition resulted in thousands of photographs, Gardner’s film Dead Birds, Peter Mathiessen’s ecological essay Under the Mountain Wall, and nearly 30 hours of sound recordings, which were recently digitized.”

Points of Listening is a series of events, read more about the project on the CRiSAP website.