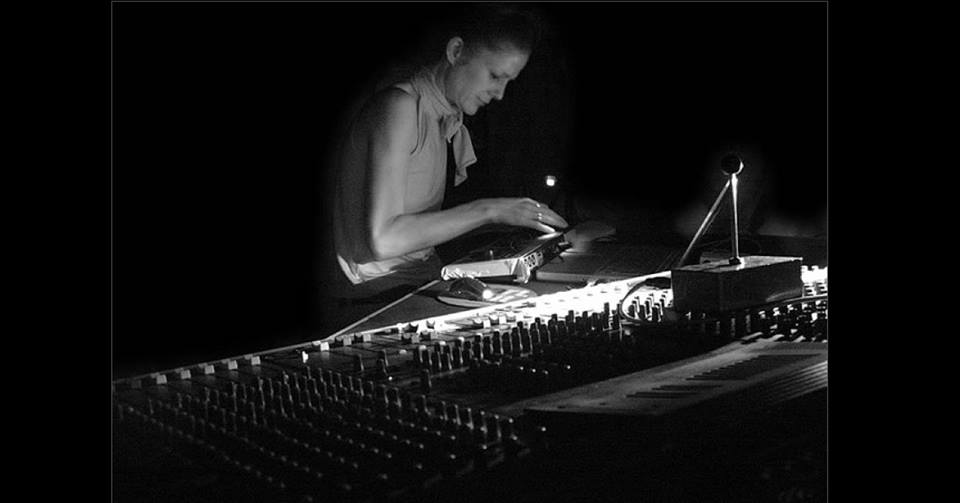 Awarded sound artist and composer Kaffe Matthews was born in Essex, England and lives and works in London. Since 1990 she has made and performed new electro-acoustic music worldwide with a variety of things and places such as violin, theremin, wild salmon, Scottish weather, NASA scientists, bicycles, hammerhead sharks, school children, desert stretched wires and the BBC Scottish Symphony Orchestra. Currently she is introducing and internationally developing bicrophonics ~ interactive composition for outdoor enjoyment with bicycles through the Bicrophonic Research Institute(BRI).

Since 2012 Matthews has made ten sonic bike operas for Belgium, Portugal, Germany, Texas, Finland and the UK. In 2014 she established the BRI to collectively develop and share bicrophonics.

Other significant compositions include 43 channel installation ‘The lock shift songs’ , made for a trio of sonic beds from data gathered along an 85 mile UK canal walk(2014); an LP of cosmological songs & music ‘Yird Muin Starn’ and three Sky Gazer chairs in the Galloway Forest (2013), Scotland in a Vital Spark collaboration with Mandy McIntosh. In 2012 her Galapagos hammerhead research project completed in the 3D installation ‘You might come out of the water every time singing‘, and wild salmon project ‘Where are the wild ones II ?‘ developed with Laura Harrington and local children, sold out at the Bridges festival, Newcastle. She also made ‘Vitula physicata’ (2012) a 16 channel violin work for vibrating giant violin, Audiorama, Stockholm with violinist George Kentros.

Acknowledged as a pioneer in the field of electronic improvisation and live composition, Kaffe has released 6 solo CD’s on the label Annette Works,and continues to direct vibratory interface design project music for bodies.

Her 2004 collaboration Weightless Animals was awarded a BAFTA, she received a NESTA Dreamtime Fellowship in 2005 and an Award of Distinction, Prix Ars Electronica 2006 for the work Sonic Bed_London. In February 2006 she was made an Honorary Professor of Music, Shanghai Music Conservatory, China and in 2009, a patron of the Galapagos shark conservation society. In 2014 she was awarded the Varèse Guest professorship at TU University Berlin to where she will take up residence in 2016.