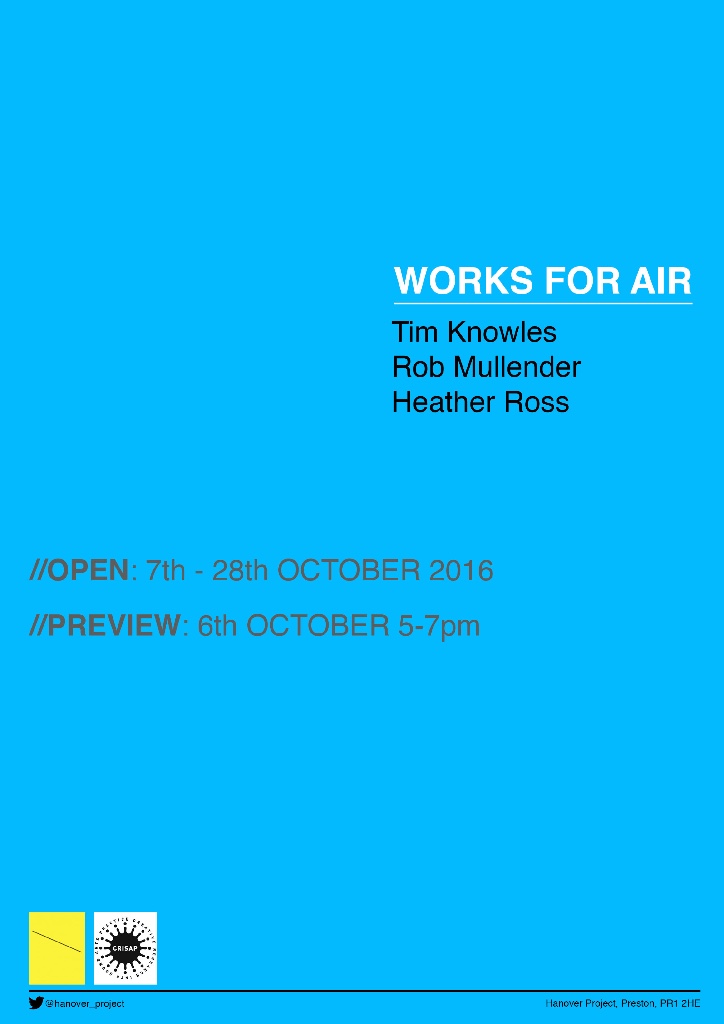 This exhibition brings together three artists who share a certain preoccupation with transformational processes. Although they work with a variety of materials, and employ disparate approaches and aesthetics, all operate within a field of ideas which ultimately resolve around the trope of a work of ‘art as a translation or transcription’.

Tim Knowles’s work is characterised by a kind of soft, cranky invention – often of bespoke devices for sensing and transducing movements or fluids to generate traces; tree branches sway in the wind and draw on strategically positioned paper. A plotting device fitted in the back of a car records the different momentums of a long drive. A helmet mounted wind-vane directs its wearer through the landscape according to the vicissitudes of the air. For this exhibition, Knowles exhibits  speculative plans and models for a watercraft, which similarly bears its occupant in whichever direction the wind takes it.

Heather Ross is concerned with how we come to know the world, and engages with the systems invented to store and convey information on a deep and intuitive level, mining systems of classification, descriptions, texts and images for their interpretative possibilities. Her series of diptychs consist of photographs and paintings which seek to synthesize them according to that which was lost in their capture – birds in absence. Ross’s gravitation to the birds’ call and the impossibility of truly knowing their place and essence inflects and distorts the original photographs to generate a sustained and compelling record of place and emotion.

Rob Mullender’s response to air is more instrumental – his practice typically involves the creation of objects or systems which synthesize or mediate sound. His sculpture is a figure of subjection; a cast of an empty space, held in stasis and locked into a network of ties and ligatures, whose purpose is to vibrate when driven on a car’s roof-rack, producing a buzzing drone. Part processional incantation, part self portrait, this work is both instrument and agent, only exerting its agency through an engagement with performance.

Visual, mechanical, corporeal and social, these works constitute a body of evidence, traces of processes and events that have been moulded and vitalised by our most common shared element.