Dan Scott’s works across installation, performance, and participatory practice. His projects include Liberation Through Hearing, outside the Royal Academy in London, Yesterday at Harewood House in Yorkshire, Advantageous Recordings at the De La Warr Pavilion, the monthly event Athelstan Sound in Margate, the Sonic Trails series at Tate Modern, and boat-house-theatre (with Tom Adams) at Arc Theatre in Stockton. Dan also works as a sound designer and musician and has collaborated with a number of artists (including Caroline Bergvald and Barbara Walker) on their projects. Dan is a visiting lecturer at The Royal Central School of Speech and Drama where he tutors in sound and scenography. 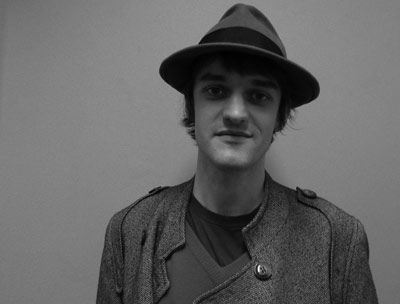 The Listening Artist: On listening as an artistic practice beyond sound art.

This study contributes to sound art’s debates on listening and advocates for the position of the listening artist. It begins with an overview of listening within sound art and explores the canon of listening within the discipline as associated with writers and practitioners such as Theodor Adorno, John Cage, Pauline Oliveros, Pierre Schaeffer and Hildegard Westerkamp. Using Scott’s own work as a case study the efficacy and relevance of this canon to practice are critically appraised. The key finding from this initial research is that sound art’s canonical listenings are relevant and useful in particular contexts but do not account for many of the social and inter-personal aspects of listening present in the works explored. This is due to many of the modes and strategies of listening in the canon being concerned with a musical understanding of listening as a means of following abstract sonic discourse, and also to a reliance on phenomenology as a heuristic tool for analysing this listening. These approaches result in a tendency to understand listening as an atomist process (Lipari, 2014) – a dynamic between an individual and a sound, based in notions of skill and technique – rather than a holistic ‘back- and forth-' (Helin, 2012) between listeners, and with the wider social and political context that affords that listening.

The thesis goes on to propose a practice of listening that operates beyond sound art, one that can be accounted for through analysis of dialogical and participatory art practices (Kester, 2004. Bishop, 2012), communications studies (Bakhtin, 1975. Helin, 2012.), philosophy (Corradi Fiumara, 1995. Lipari, 2014), gender theory (Ratliffe, 2005. Lloyd, 2009), literary theory (Hume, 2012, Brittingham Furlonge, 2013) and artistic practice (Rajni Shah, Sonia Boyce, Ultra-Red). This position of the listening artist rejects modernist and post-modernist models of art-making and reception and embraces an approach based on communication and communality. The study proposes ways in which this listening praxis can critically engage with existing artistic practice, can be a methodology for developing new work and can constitute an artistic output in and of itself. Scott offers a number of his own projects as further case studies, exploring the nascent position of the listening artist within his work and analysing his own trajectory from being a sound artist to becoming a listening artist.