With funding from the Welcome Trust

Air Pressure was a long-term collaboration between anthropologist Rupert Cox and artist Angus Carlyle. It draws on their experiences of recording the activities of the last farming family living within the concrete and steel infrastructure of Japan's largest airport, where noise - of taxiing and of take-offs and landings - exerts a constant pressure from before dawn until well after dusk. The work has also been informed by an extended collaboration with Professor Kozo Hiramatsu (the UK President of the Japan Society for the Promotion of Science), who participated in the second period of fieldwork and who has provided us with the perspective of acoustic science.

Air Pressure has been many things. It started life as a single-screen film at the Royal Anthropological Institute's Ethnographic Film Festival, became an installation at the Whitworth Art Gallery as part of the Manchester Asia Triennale, a CD and booklet for the record label Gruenrekorder and then became a film that has continued to tour galleries and festivals.

Kiatsu: The Sound of The Sky Being Torn

Available on Gruenrekorder. All the recordings were made on the site of the last farming family – of the estimated 360 who arrived after WWII – who continue to make their livelihood from an organic small-holding with fields of fruit and vegetables, pens of pigs and a barn with egg-laying hens. The farmers had spent 20 years turning cedar forest and scrub into productive arable land, the fertility of the soil derived from the weathering of volcanic ash sent up by the eruptions of Mt. Fuji. 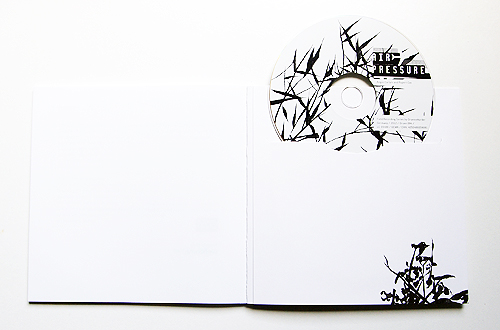