The symposium will consist of four presentations and a performance that will start from specific experiences of the city of Berlin and then be applied them more widely. In particular it will examine the local, detailed and intricate perspective of individual places, often experienced by artists engaged on practical urban sound projects alongside the wider overviews of city planners and developers who need to take many other, non-sonic, considerations into account. In City Sonic Places we will make space for an appreciation of, and an enquiry into, the city’s soundscape in all its moods of noise and quiet. 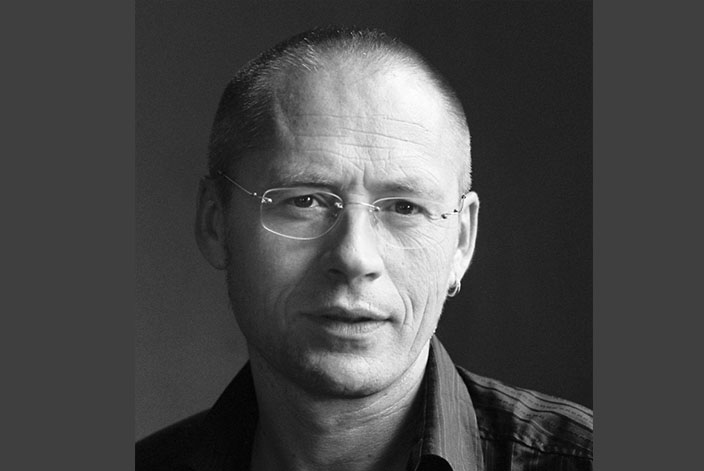 The World We Hear

After almost 30 years of creating sound installations in public space I would like to share some insights in our (O+A…..Bruce Odland/Sam Auinger) work process, how we approach, discuss and work on a chosen site to develop an installation; and show some findings from our long term artistic research on the topic of Sonic Commons and Hearing Perspective.

Sam Auinger - sonic thinker, composer, sound-artist. Together with Bruce Odland he founded O+A in 1989. Their central theme is "hearing perspective". Their work is known for large scale, public space sound installations. Beside his artistic work he was a guest professor at the University of the Arts in Berlin, an associate at the GSD in Harvard and in 2017 he was giving a course on “thinking with your ears” at the ACT at MIT in Cambridge. He is collaborating with city planners and architects and is a frequent participant of international symposiums on the topic of urban planning, architecture, media, the senses and sound in specific. 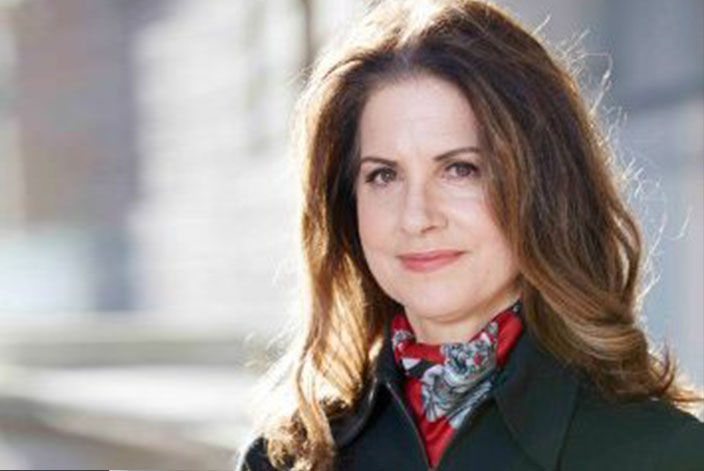 Practical Approaches to Tuning Spaces, An Exploration of Applied Soundscape in Brighton and Hove

Soundscape is a multi-disciplinary new science, rooted in sonic arts and the human perceptual response to sound in context. To support its practical use in urban planning contexts it is essential that well evidenced case studies are developed to help practitioners, citizens and local authorities in line with the international soundscape standard. This will enable better identification of the issues that need to be considered when planning, specifying and designing projects, deciding which experts should be involved, and which tools and methodologies to employ to enable holistic, environmentally and socially sustainable soundscape outcomes. This talk will explore a series of applied soundscape projects in London and Brighton and Hove

Lisa Lavia MBA is managing director of The Noise Abatement Society. In 2009 she founded and developed NAS’ Soundscape programme including a series of empirical research projects and membership of/appointment to the: EU COST Action TD0804 on Soundscape; International Organization for Standardization (ISO) TC43/SC1/WG54 on Soundscape; British Standards Institute EH 1/2 and 1/3 Committees on transportation, and residential and industrial noise, respectively. She is a University of Sheffield Industrial Research Fellow on soundscape; an affiliate of the Institute of Acoustics; lead chapter author in “Soundscape and the Built Environment” and “Perception-Driven Approaches to Urban Assessment and Design". 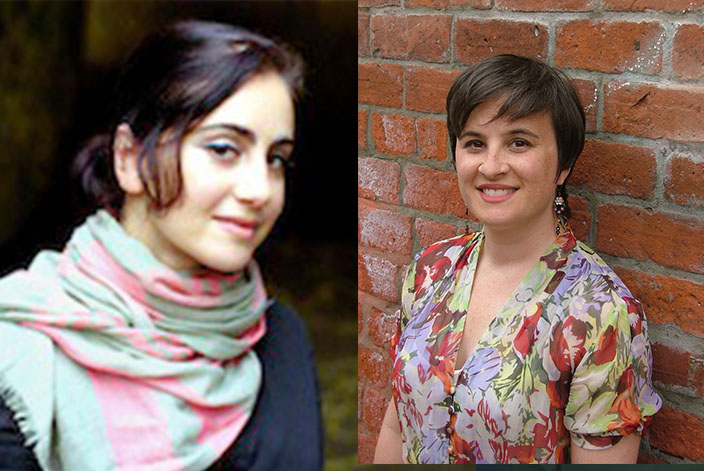 Taking inspiration from Peter Cusack’s seminal project Favourite Sounds of London, this talk explores the politics of sound mapping and noise mapping in urban contexts. It investigates sound mapping projects whose concerns range acoustic ecology to urban sensorial history, and it considers the role of mapping in recent sound art, focusing on participatory and community-based art projects. It further examines recent innovations in noise mapping, including participatory noise mapping apps and automatic noise monitoring systems. Whereas sound mapping projects typically aim to engage urban communities and publics in issues of soundscape and acoustic ecology, noise maps can be seen to enact new forms of acoustic surveillance, despite claiming to be oriented towards citizen empowerment and connectivity.

As part of their AHRC-funded research, Dr Sarah Lappin, Dr Gascia Ouzounian and Dr Rachel O’Grady have written The Sound-Considered City, an Advice Note which emphasizes the potential of sound and the practice of sound artists to make better cities.  It is aimed at those who make decisions about urban areas: planners, architects, politicians, policymakers, developers and others.  The Sound-Considered City is structured around nine main themes which reflect core planning principles including health and well-being, connectivity, economic development and biodiversity.  We explore these themes through examples in Belfast and international sound art projects.  This talk will explore the motives behind writing The Sound-Considered City and will discuss several of the international artworks highlighted in the text.

Gascia Ouzounian is Associate Professor of Music at the University of Oxford and Fellow at Lady Margaret Hall. Her writing on experimental music and sound art appears in numerous journals of contemporary music, visual art, architecture and philosophy. With the architect Sarah Lappin she co-directs the project Recomposing the City, which brings together sound artists, architects and planners in investigating approaches to sound in urban environments. She is artistic director of Optophono, a label that publishes interactive music and sound art.

Dr Sarah Lappin is an architect who teaches design and history/theory at Queen's University Belfast. She is the Director of Education for post-graduate students for the School of Natural and Built Environment. Dr Sarah Lappin is one of the co-founders of All-Ireland Architectural Research Group and is the currently chair of the Architectural Humanities Research Association. With Dr Gascia Ouzounian, she is co-director of the Recomposing the City project based at Queen's and Oxford Universities. 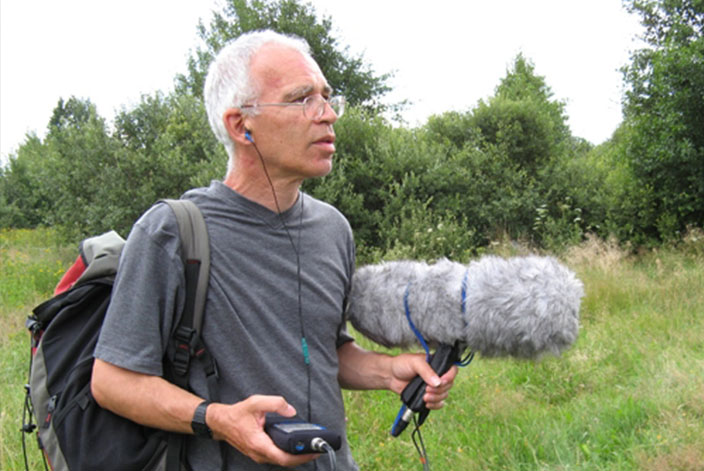 The City Sonic Places introduction will give a brief overview of some of the question that inform this symposium, namely how do we hear the city, why do cities sound like they do, what are sonic places and what kind of sonic interventions are possible or desirable in contemporary urban environment? It will also outline some of the history and ideas behind the Berlin Sonic Places project that began in 2011 and eventually led to last year’s publication of the same name. The talk will be illustrated by audio recordings and images of specific Berlin sonic places both spectacular and mundane, and broaden the approach by considering the Mile End Greenbridge - one of London’s innumerable sonic places.

Peter Cusack is a field recordist, musician and researcher with a long interest in the sound environment. Projects include community arts, researches into sound and our sense of place and documentary recordings in areas of special sonic interest (Lake Baikal, Siberia). His project Sounds From Dangerous Places explores soundscapes at sites of major environmental damage - Chernobyl exclusion zone; Caspian oil fields; UK nuclear sites. This project continues and is currently researching the regeneration of the North Aral Sea, Kazakhstan. He describes the use of sound to investigate documentary issues as sonic journalism. He initiated the Favourite Sound Project in London 1998. It aims to discover what people find positive about their everyday sound environment and has since been carried out in Beijing, Berlin, Manchester, Southend-on-Sea, Prague, Birmingham and Taranto. He co-produced the environmental sound program Vermilion Sounds for ResonanceFM, London and was a research fellow on the multidisciplinary ‘Positive Soundscapes Project’ 2006/9.