favouritesounds.org is a sound-mapping site, based on Google maps, set up to explore the connections between sounds in the environment and their geography. It is a development from the long running favourite sound project that, from 1998, has aimed to discover, and celebrate, what people value about the soundscapes of the cities, towns and neighbourhoods where they live and work.

The project asks the seemingly simple question, ‘What is your favourite sound of London, or Beijing, or Prague, or…, and why?’ The replies have been fascinating, revealing both the city of the ear and the significant role that everyday sounds play in our lives. Many have been recorded, and appear on this site. Since its beginning as a radio program for London’s Resonance fm a growing number of world towns and cities—Beijing, Prague, Berlin, Birmingham, Manchester, Southend on Sea—have been happy to support the project. In some places—New York, Chicago, Brussels—researchers have created their own specific versions. Comparisons of soundscapes, and our attitudes to them, across cultures and continents have revealed some wonderful surprises in their similarities and differences. We look forward to discovering more in the future.

Listen to the recordings on Favouritesounds.org. The site is organised by project;

Many of the projects on this site are related to favourite sounds responses but the site is open to an increasing range of approaches. Some projects explore people speaking about sound and sonic memories, others are student projects and the soundscape simulators enable one to play with sound combinations relevant to particular places and consider which mixes are preferable.

Favouritesounds.org aims to contribute to the discussion around our fast changing sound environment. Anyone with a project idea that might benefit from the site’s features is welcome to get in touch.

Favourite Sounds in Anthropology and Beauty

An account of the favourite sounds project has been included as a chapter in the book Anthropology and Beauty, edited by Dr Stephanie Bunn and published by Routledge in January 2018.

The favourite sounds project has for 20 years set out to discover what people find positive about the soundscapes of the cities, towns and neighborhoods where we live and how we interact with the ever-present sounds of urban life by asking the seemingly simple question, "What is your favourite sound of London, Beijing, Berlin, or… and Why?”

The chapter covers the work of project from 1998 to the year 2015 in the cities of London, Manchester, Southend-on-Sea, Taranto and Berlin. People's responses to the question are discussed and comparisons through time and between cities are made. The results are revealing in surprising ways and suggested that we are far more effected by the details of our daily soundscape than we might normally expect. 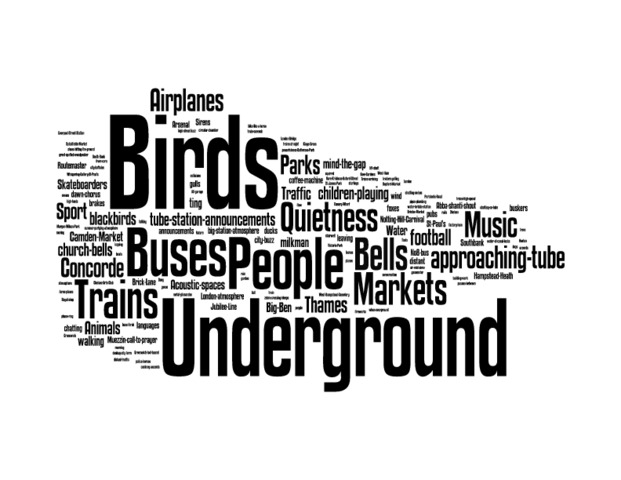 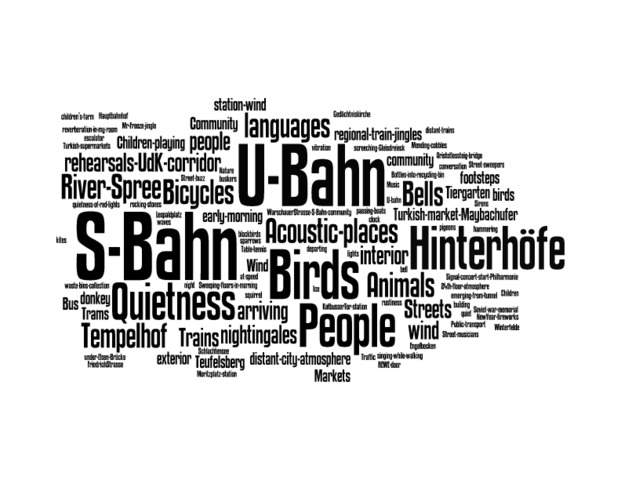