I am genderless like cacti and certain species of fish…

I am genderless like cacti and certain species of fish…

At London College of Communication

Part of the Beyond 2001: New Horizons exhibition

As HAL9000, the errant robot in Kubrick’s 2001: A Space Odyssey slowly malfunctions and “dies” he sings ‘Daisy Bell’. The use of the song, written by Harry Dacre in 1892, was inspired by author Arthur C. Clarke’s visit to Bell Labs in 1961, where he heard the IBM704 sing the song in the earliest demonstration of computer speech synthesis. Five decades later machine generated voices are ubiquitous and robots are fulfilling more and more roles in our everyday lives. Voice is still one of the main ways in which we communicate with these personal assistants, system controllers or sexual partners and they with us.

I am genderless like cacti and certain species of fish… seeks to explore the current state of speech synthesis and the social, political and cultural issues in computer voice generation through presentations from leading artists and researchers; Professor Roger K Moore, Chair of Spoken Language Processing at University of Sheffield, Siri Landgren, artist, Alice Emily Baird, artist, researcher and member of Multivocal and Professor Cathy Lane, composer, sound artist and academic.

This event is part of the Beyond 2001: New Horizons an exhibition celebrating the 10-year anniversary of the Stanley Kubrick Archive at the University’s Archives and Special Collections Centre. Students will produce and show work alongside invited artists and academics that offer new perspectives inspired by archive material from 2001: A Space Odyssey.

A cross-school collaboration celebrating all things screen, the exhibition will be set in motion with accompanying performances, events, panels and workshops, punctuated by screenings of the film for staff and students. #Beyond2001

The voice always suggests a body. This introduction will discuss aspects of historic and cultural assumptions about the voice, in particular the gendered voice, to interrogate how on the one hand, some voices are made alien or othered and how on the other, some voices are created to conform to existing social norms and stereotypes.

Professor Cathy Lane is a composer, sound artist and academic. Her work uses spoken word, field recordings and archive material to explore aspects of our listening relationship with each other and the multiverse. She is currently focused on how sound relates to the past, our histories, environment and our collective and individual memories from a feminist perspective. Aspects of her creative practice have developed out of these interests and include composition and installation-based work. She also writes and lectures on these and related subjects as well as collaborating with choreographers, film makers, visual artists and other musicians.

The voice is false. Fake. Inauthentic. Deceptive. Seductive. It is flawed and needs to be beaten into submission, exercised into mastery, edited into perfection. As must our bodies, our minds and our Instagram photos.

Kubrick and Clarke’s 2001: A Space Odyssey offers us two different takes on where humanity’s strive for improvement might lead us: one in which machines like HAL embody the next step in the development of human intelligence, another in which our bodies ascend to a higher level of existence - the “star child”.

I have always had an attraction to transhumanism. The idea of using knowledge and technology to improve our bodies and minds speaks to my disdain for conservatism and tradition for tradition’s sake. Anything that might help us throw off the shackles left on us by previous generations appeals to me. But I have also always been very wary of the concept of perfection. The musician trying to achieve perfect technique worries me as much as the person striving for perfect skin or the right-wing terrorist trying to build a perfect race. Queerness by its very essence gets in the way of perfection.

My 2011 lecture performance The Voice is False exists in the tension between these two poles. It takes the form of an Odyssey through the various ways in which human culture judges human bodies - in this case specifically voices. There seem to be two constants here: the voice is always false – but which voice, and why, is perpetually changing. But The Voice is False also an exercise in “vocal transhumanism” – without technology, the voices in which it speaks would never be heard.

Through excerpts from this and other works, I would like to examine the notion of perfection as it relates to the voice – and therefore automatically to body and identity.

Siri Landgren
... prefers utopia to criticism.
... is obsessed with people’s languages and voices.
... lives in Göteborg.
... loves the feeling of thought and thought about feeling.
... wants to understand how sound gives us pleasure.
... wants to find the material, bodily in the supposedly abstract – the sound waves of the voice, the cartilages that shaped them; the letters of the text, its ink and serifs.
... is trans. But is afraid of the word “is”.
... is a fugitive from the dusty contemporary music scene where she was educated.
... is fascinated by lying but too wimpy to do it.

Alice Emily Baird | The multivocal collective, and the paralinguistics of synthesized speech

Alice will be presenting both her artistic and research endeavors on the paralinguistic of speech synthesis including her recent explorations on the perception of synthesized voices, and previous re-synthesis works. As well as this Alice will be introducing multivocal.org, a project which through public engagement explores the questions 'What are the politics and aesthetics involved in synthesized voices?'

Alice Baird, is a sound artist and engineer from the U.K. Currently a Zentrum für Digitalisierung.Bayern Ph.D Fellow at the University of Augsburg, Germany, Alice has an M.F.A in Sound Arts from Columbia Universities, Computer Music Center, and a B.A in Music Technology from London Metropolitan University. Across an array of disciplines, her artistic work views the intersections of the arts and technology, predominately in the realm of speech and audio analysis. Exhibiting works internationally in the U.S and U.K., Alice is co-founder of the multivocal project, and has published her research at conference venues including ICME, Interspeech, and ISMIR.

Recent times have seen artificial voices become a part of people's everyday experience - first on smartphones (such as Apple’s Siri) and most recently as standalone devices in people’s homes (such as Amazon Echo).  These voice-enabled personal assistants represent the culmination of more than two-hundred years of technical progress, and contemporary approaches are capable of generating synthetic speech with unprecedented quality. This talk will review the principles underlying the various speech synthesis technologies that have been developed, the applications that are envisaged, and the ethical issues that such systems are beginning to raise.
Prof. Moore has over 40 years’ experience in Speech Technology R&D and, although an engineer by training, much of his research has been based on insights from human speech perception and production.  As Head of the UK Government's Speech Research Unit from 1985 to 1999, he was responsible for the development of the Aurix range of speech technology products and the subsequent formation of 20/20 Speech Ltd.  Since 2004 he has been Professor of Spoken Language Processing at the University of Sheffield, and also holds Visiting Chairs at Bristol Robotics Laboratory and University College London Psychology & Language Sciences.  He was President of the European/International Speech Communication Association from 1997 to 2001, General Chair for INTERSPEECH-2009 and ISCA Distinguished Lecturer during 2014-15.  Prof. Moore is the current Editor-in-Chief of Computer Speech & Language and he was recently awarded the 2016 LREC Antonio Zampoli Prize for "Outstanding Contributions to the Advancement of Language Resources & Language Technology Evaluation within Human Language Technologies".

Roger Moore has been professor of spoken language processing in the Speech and Hearing Research Group at the University of Sheffield since 2004 and is a visiting professor in the Department of Linguistics and Phonetics at University College London. Previously he was chief scientific office at 20/20 Speech and before that Head of the UK government´s Speech Research Unit.

He is also past president of both the International Speech Communication Association and the Permanent Council of the International Conferences on Spoken Language Processing. He is current the editor of the journal of Computer Speech and Language. 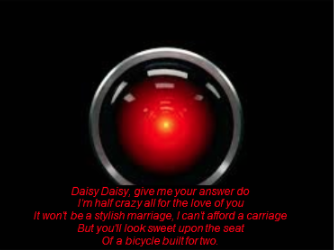