In Autumn 2021 Soundlands presented Piano Drowning (2021) by Annea Lockwood in a rural pond at Plas Bodfa, Wales. It included a commission of a new piano work by Ynyr Pritchard premiered on the drowning piano by Ynyr and pianist Xenia Pestova Bennett. The event featured as part of ISSUE celebration of Lockwood’s lifetime contribution to the arts with global broadcast of filmed re-creations of her seminal Piano Transplant series: Piano Garden by Caramoor Center for Music and Arts, USA; Piano Burning with Lawrence English, Australia; and Piano Drowning by Soundlands, Wales.

The 30 minute film showcases the performance by Ynyr Pritchard and Xenia Pestova Bennett within the overall context of Lockwood’s Piano Drowning artwork in the rural landscape. The project brought together international arts organisations, global and local communities, established and emerging artists.

Piano Drowning (2021) will provide an impetus for further future artistic activity at Plas Bodfa for many years. The new commission will be performed in-situ annually as a focus and stimulation for additional artistic programming.

Available in Standard and Audio Described for D/deaf formats (English or Welsh).

The work was commissioned by ISSUE project room as part of With Womens Work: “an online series commissioning artists to create new works inspired by scores included in Womens Work, a magazine edited and self-published by Alison Knowles and Annea Lockwood in the 1970s.”

'The work Ra’ash Adama is a response to Annea Lockwood's iconic Piano Transplants series. The works and the text scores include: Piano Burning, Piano Drowning and Piano Garden. Each piece takes the complex instrument of the piano —with all its historical and symbolic baggage— only to decontextualize it and make it surrender to the forces of nature and to time. For me, those brilliant works and scores are not only an invitation to recreate the pieces as described, but also a broader invitation for sonic explorations and for different ways of listening, thinking, and making music. These works take the music outside — outside the concert hall, obviously, but also outside of one's control. Through a very intentional setting and process, the piece leads the performer to eventually release, or set in motion, something from the inherent sonic potential of the object, which then is no longer in one's control. Another aspect of the piece which I considered in my response is the fact that it puts our temporal human existence in proportion, and alludes to the idea of experiencing reality under different time scales, often beyond our human perception. The scores, which are set to be performed out in nature, are inevitably putting the human musical-machines and concepts in relation to the natural sounds of the surroundings. My response to the pieces and the ideas mentioned above is through an extension of my own musical practice of Sonic Botany, in which I work to expose the sonic potential in organic, found natural artifacts that are explored systematically and combined to create new imaginary soundscapes.'

Weaving stories of the journey of 'the little pot' from the Mesopotamian Marshlands and the sensory connections between place, ourselves, and land, our audio walk is presented here in an expanded form. The narrative elements are fragmented and the audio further abstracted into a more speculative, messy state. This new iteration is accompanied by slow, static amateur video of an encounter with mud (in its broadest conception) in the localities in which members of MUD Collective are based. In this networking of elements the work suggests these interactions as a series of enmeshed encounters and performances, which ebb and flow non-linearly within themselves and between each other, across multiple simultaneous scales.

Between this work and the Open Call for Wild Energies: Live Materials an idea for a new work emerged, Walking the Chalk Line. This involves a simultaneous, live walk and sound mapping of the Cherry Hinton Chalk Pitts in Cambridge and the Chalk Line in Erbil, Kurdistan. Due to unforeseen circumstances, however, it has not been possible to organise this event in time.

Collectively we continue to explore earth materials and processes, and the shapeshifting nature of our transdisciplinary research collaboration, in consideration of Karen Barad's notion of 'intra-action'. Currently we are experimenting with the creation of 'stratigraphic texts' and 'audio basins/crevices' online, via the layering of sound recordings (made simultaneously) observing the flow of movement and energies through each of our locations. 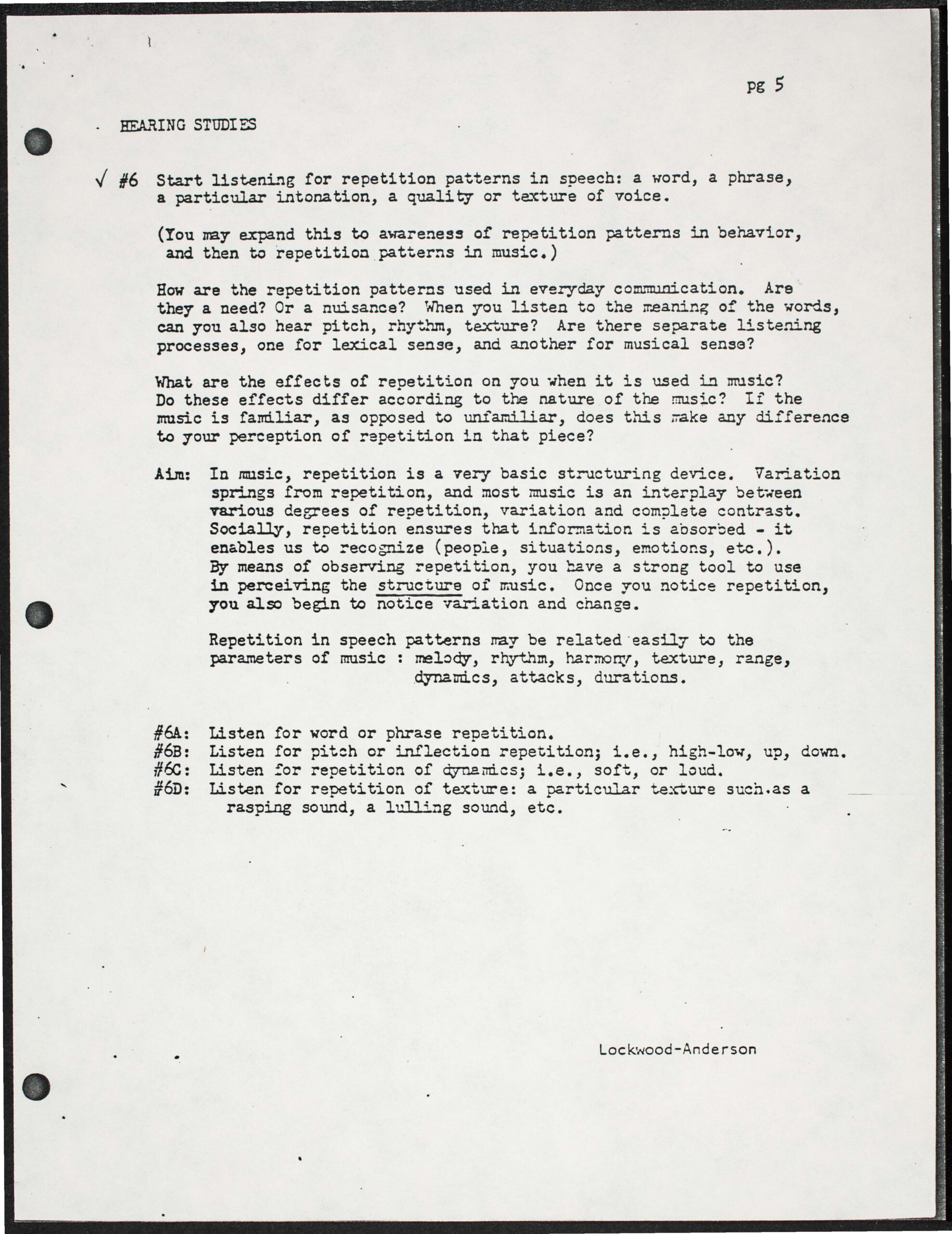 'For Wild Energies: Live Materials I invited 13 artists, writers and performers to respond to Hearing Study #6 (the sonic patterns of repetition in speech and music), one of the 27 Hearing Studies conceived by Annea Lockwood and Ruth Anderson. Each participant, including myself, will carry out the Hearing Study and write 300 words about their experience. The final contributions will take several forms including written word, spoken word/reading aloud, performance, visual works.

For the presentation (on Friday 29th April, Voice & Intimacy panel) I will describe the instructions in Hearing Study #6 and the content of each response. The full project will be available in the Online Collection for the duration of Wild Energies: Live Materials as well as archived on the site after the event.' 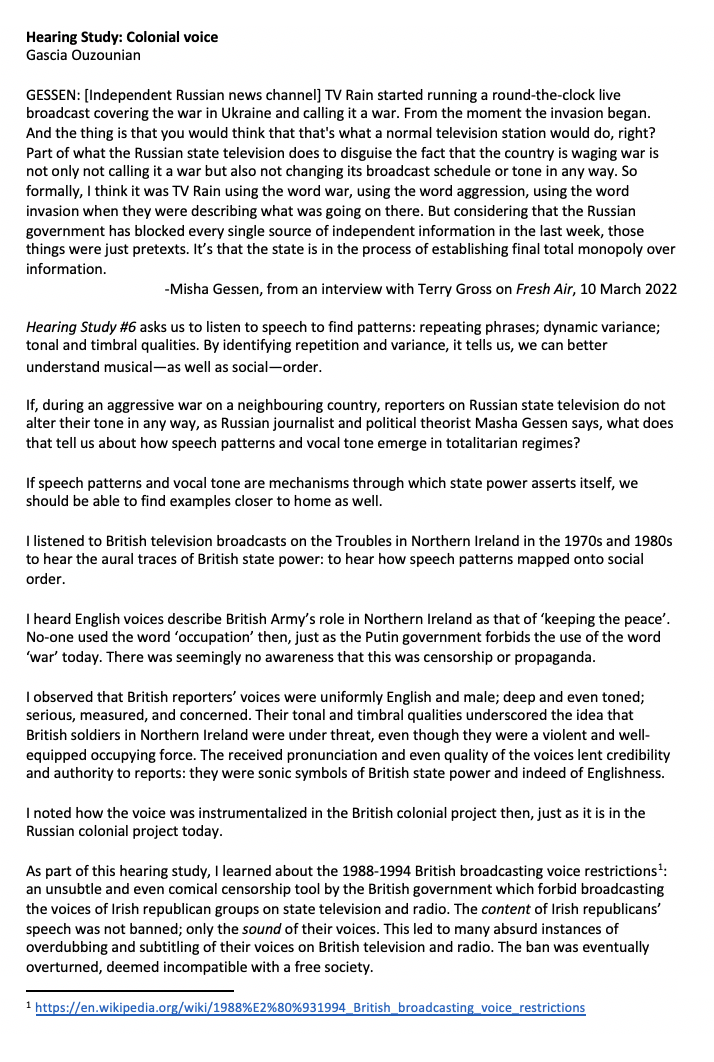 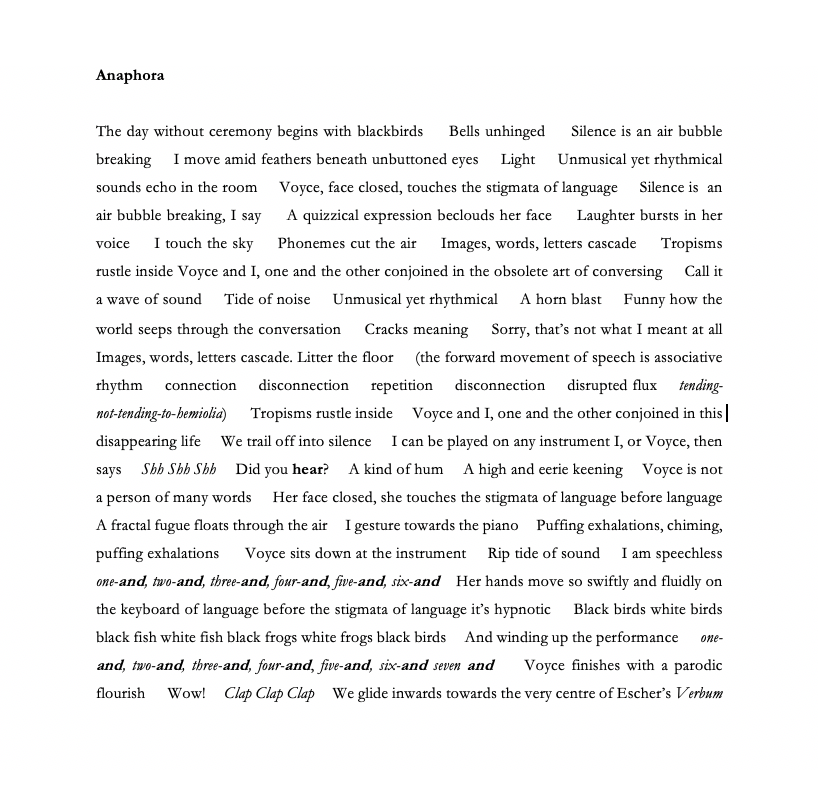 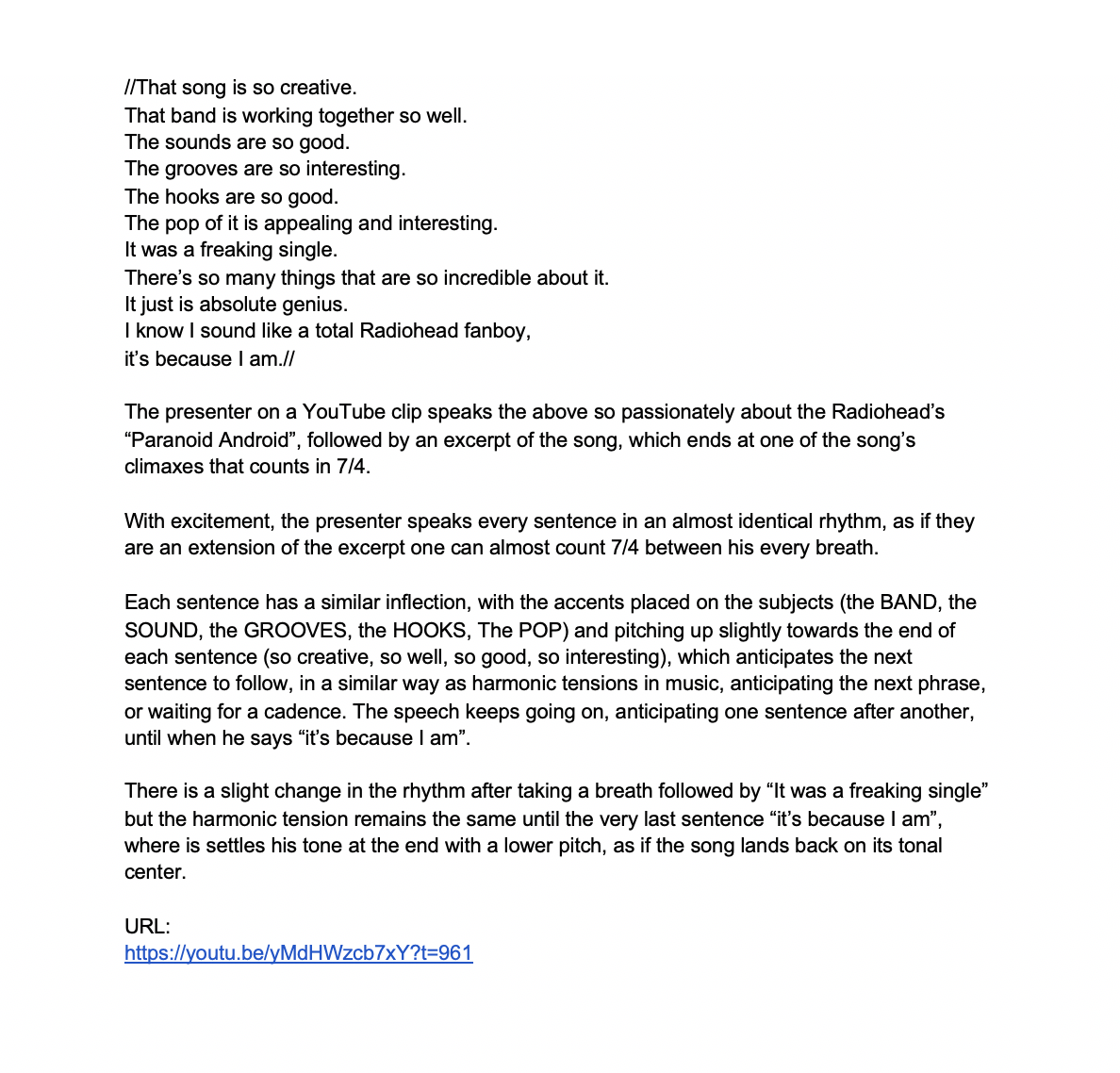 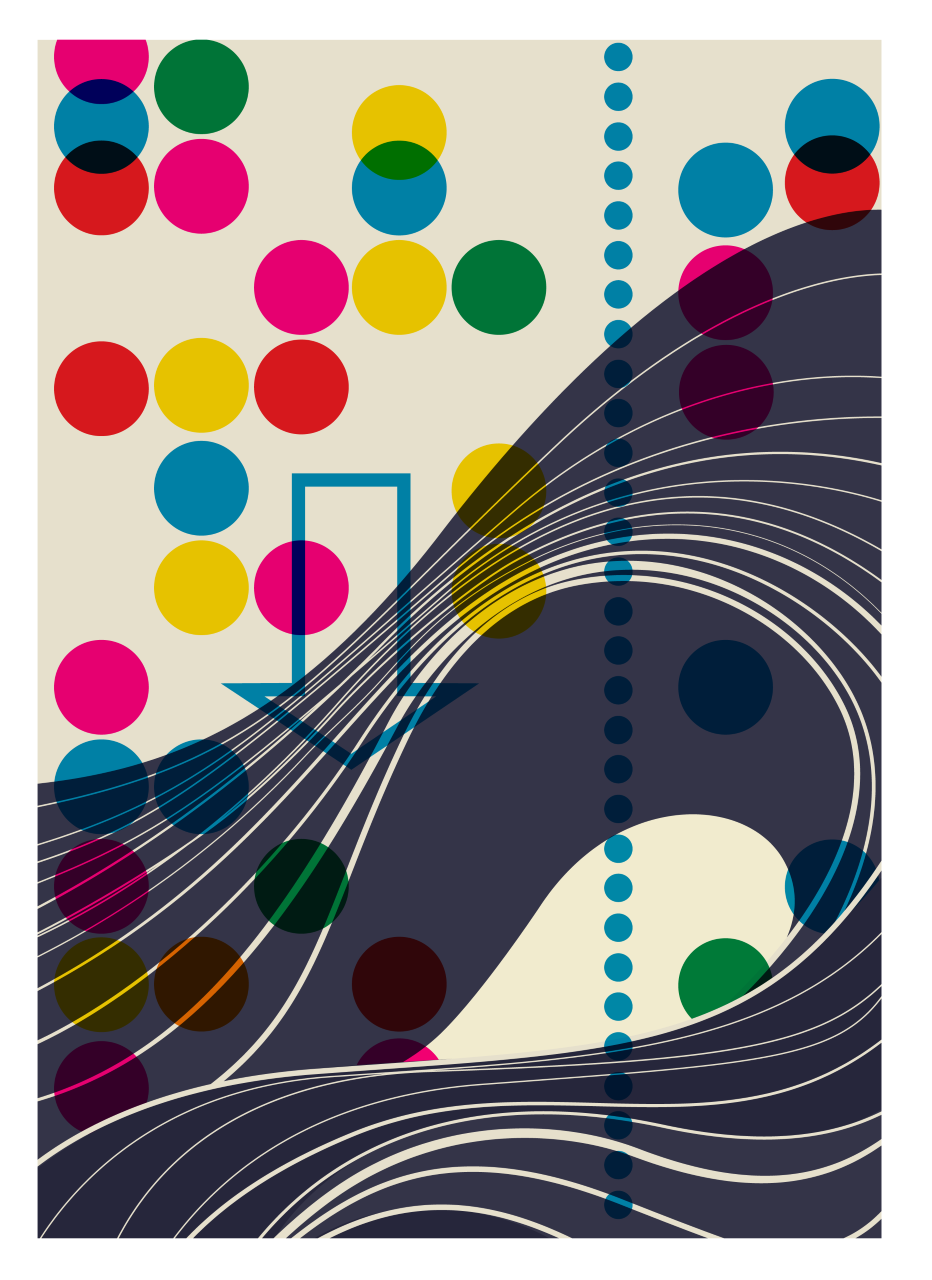 Read more about each artistic response and the artists who contributed to this project.