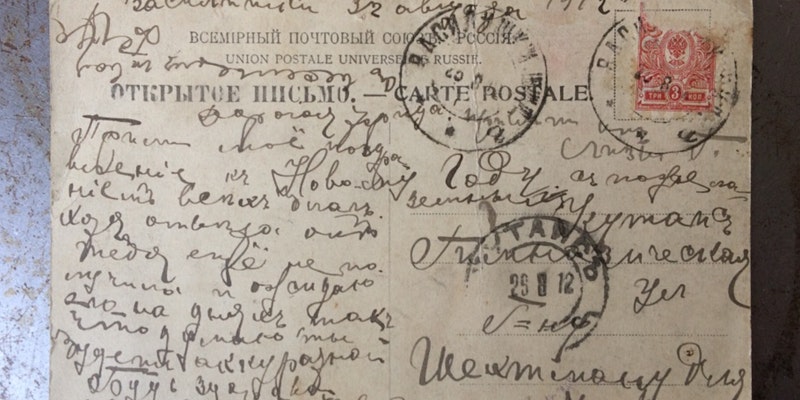 At London College of Communication in the Street Gallery (directions)

Composers Thomas Gardner and Adam Stanović present a short concert of new sound works which respond creatively to the theme of social justice.

Thomas’s piece ‘Scored Out’ is a performance environment inspired by the complex memories of the town Vasilishok, a Jewish Shtetl in Belarus erased by the Nazi’s in 1942. It is for Cello, voice, synthesised sounds and field recording . (More information here) Adam’s work, ‘Goodnight, Tin Hau’, is an audio-visual piece which responds to the soundscape and challenging political situation in Hong Kong, using sounds recorded in the city over a period of four years. It was commissioned by the GRM, Paris. (More information here)

The concert includes a discussion of the novel research processes involved in the creation of both works.

Dr. Thomas Gardner (MA Sound Arts course leader, CRiSAP Member) is a composer, improviser, teacher, computer programmer and academic. His work is particularly concerned with the relations between sound art and music, focusing on group interaction and the kinds of changes introduced by electronic media. His work with the performance group Automatic Writing Circle (AWC), which he co-founded in 2007, has been a key way to explore these issues in practice and consists of the composition of new work, improvisation, the design of instruments and software, and the exploration of new performance contexts. Recent pieces have been premiered at the Sonic Fusion festival and at Parasol Unit, Foundation for contemporary art. Other areas of research include historically informed practice (Baroque and 19th century performance styles), computer programming and new instrument design. Read more about Thomas Gardner here.

Adam Stanović started composing electronic music over twenty years ago. Early experiments with tape machines and a four-track mini-disc recorder led him discover the potential of recorded sounds, and he quickly started using computers as a tool for music-making. Ever since, Adam has considered the fixed medium as a canvass for his works, which are mostly acousmatic, but sometimes accompanied by instruments, electronics, film, and animation. Adam is currently Programme Director for Sound and Music at LCC. He previous worked at The University of Sheffield, and the Leeds Conservatoire, and composed much of his music in international studios, including: the IMEB (France); Musiques et Recherches (Belgium); VICC (Sweden); EMS (Sweden); LCM (UK); CMMAS (Mexico); Holst House (UK), Mise En Place (USA), Bowling Green (USA); Sydney Conservatorium (Australia). Read more about Adam Stanović here.

This event is an in-person event held at London College of Communication, please RSPV on eventbrite.