Keynote Salomé Voegelin at WHAT SOUNDS DO conference 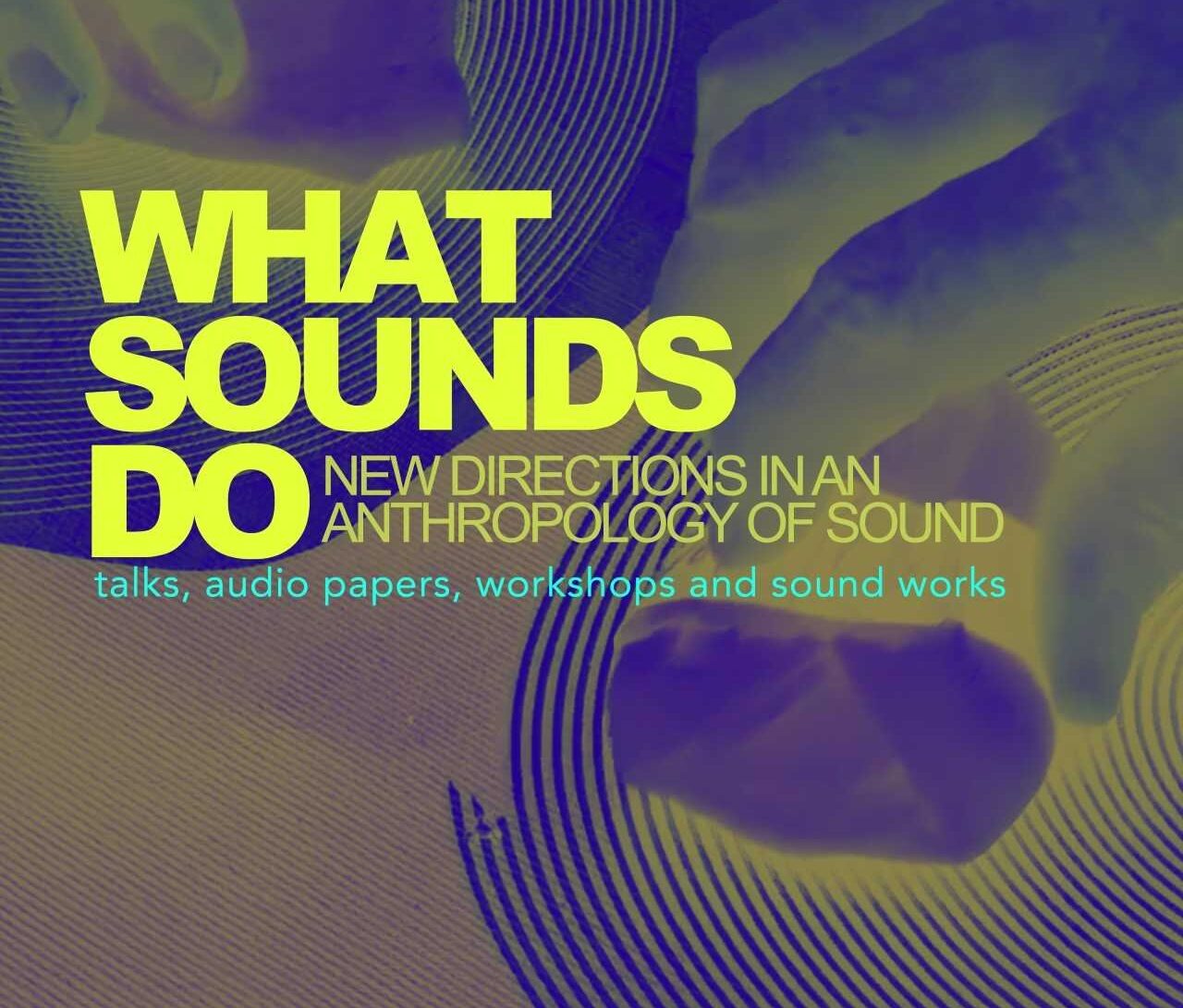 WHAT SOUNDS DO – New Directions in an Anthropology of Sound

A four-day conference exploring questions of an anthropology of sound with international scholars and artists.

Keynote lectures by Salomé Voegelin and Dylan Robinson, research workshops by Jenny Gräf Sheppard, Ania Mauruschat, and Giada Dalla Bontà, sound works and performances as well as roundtable discussions that contribute to the work on an Encyclopedia of Sound Studies, currently conceived by Michael Bull, Holger Schulze, and Jennifer Stoever.

Walking on pavements while avoiding to stand on the gaps between paving slabs is a game. It is a playful participation in the design of the civic infrastructure. But it is also an attempt to find a rhythm and a voice within or against that very infrastructure. To resist its lines by moving against their design: performing the body and what it touches, what rhythms it makes; and performing the environment, what shape it takes by how I move within it. In this talk I want to engage in this game between lines and bodies and knowledge to understand how things are organised and how these organisations are political, and exclusionary, a matter of power and violence, as a violence done to how we move, and look, and listen together or alone. Thus I want to stress the connection between knowledge and curation. To query the self-evidence and apparent neutrality of how knowledge is displayed and legitimized, and from there to rethink curating through ‘uncurating’, as scrutinizing and undoing historical and economic lines of thought. Whereby the ‘un’ does not express a rejection. It does not articulate ‘not curating’ as in not making accessible and thinkable what we see and hear, but invites to consider the curatorial as providing access to and pluralizing what can be thought and known, and in a different way.

Indigenous people continue to contend with Western ontologies that have come to define the boundaries of life and being. We contend with them externally—through conversations with museums, in educational contexts, and with government policy of the settler state—and at times we contend among ourselves with the absence of knowledge that has resulted from the long-term, explicit attempts to erase our varied practices of relation with non-human beings through colonial education and government policy. We contend with the words animism and fetishization that arose out of others’ attempts to comprehend how Indigenous ontologies affirm life as it lives variously in spoken word, stones, skies, land, and the materiality of the world. Our songs also hold life, but although many refer to “the heartbeat of the drum”, Indigenous songs do not live as humans live. Through ethnographic recording held by museums, our songs continue to live. While returning songs and other ancestors to our communities is one important aspect of redress, a different kind of work is required to reconnect kinship with the more-than human life of Indigenous song and land. Here, artwork by Peter Morin (Tahltan) and Rebecca Belmore (Anishinaabe) foster reconnection and center Indigenous listening kinship.

About WHAT SOUNDS DO

Sounds are ever present: They continue to envelop and move through you and me in every single moment. But what agencies drive those sounds, what sort of personae are performed, in historical periods as well as today or in the near future? What social relations occur as a result of sound? And how might our embodied experiences and sensibilities create new bodies of knowledge?

To which forms of experiences with our bodies, with objects, within social relations and with peculiar situations and sensibilities might this lead? Which sonic fictions escort us and how do we listen with our sonic corpus?

In this four-day conference between September 13-16, 2022 at Rhythmic Music Conservatory (RMC) in Copenhagen researchers from the Sound Studies Lab at the University of Copenhagen and international scholars such as Jordan Lacey, and artists like Niels Lynne Løkkegaard invite you to explore these questions of an anthropology of sound.