Matt Parker reports back on his 2017 Mead PhD Residency at the British School at Rome for the UAL Blog:

“I embarked producing a series of sound based video works that explored the compromises, conflicts, hypocrisy and banal everydayness of ancient Rome. Having been granted ‘special access’ I found myself recording in environments I had thought were considered sacred, and treated with reverence only to find that before opening hours, the staff at such sites just do their jobs; using lawnmowers, hedge trimmers, shovels, wheel barrows and smoking cigarettes. I aimed to breathe life back into these silent spaces by creating explosions in them, only to find there was plenty of life there already.”

Read the report on the UAL Blog. 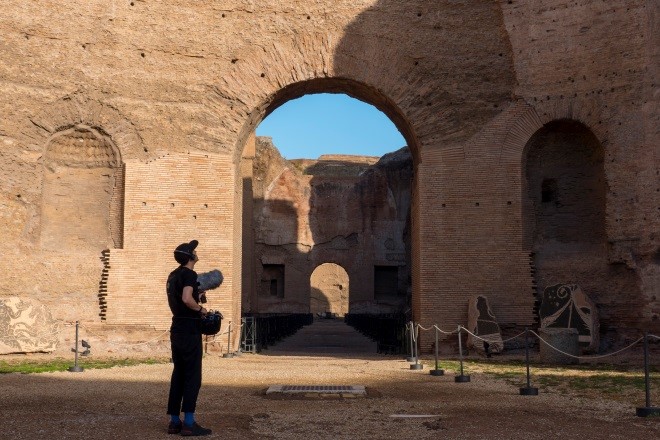